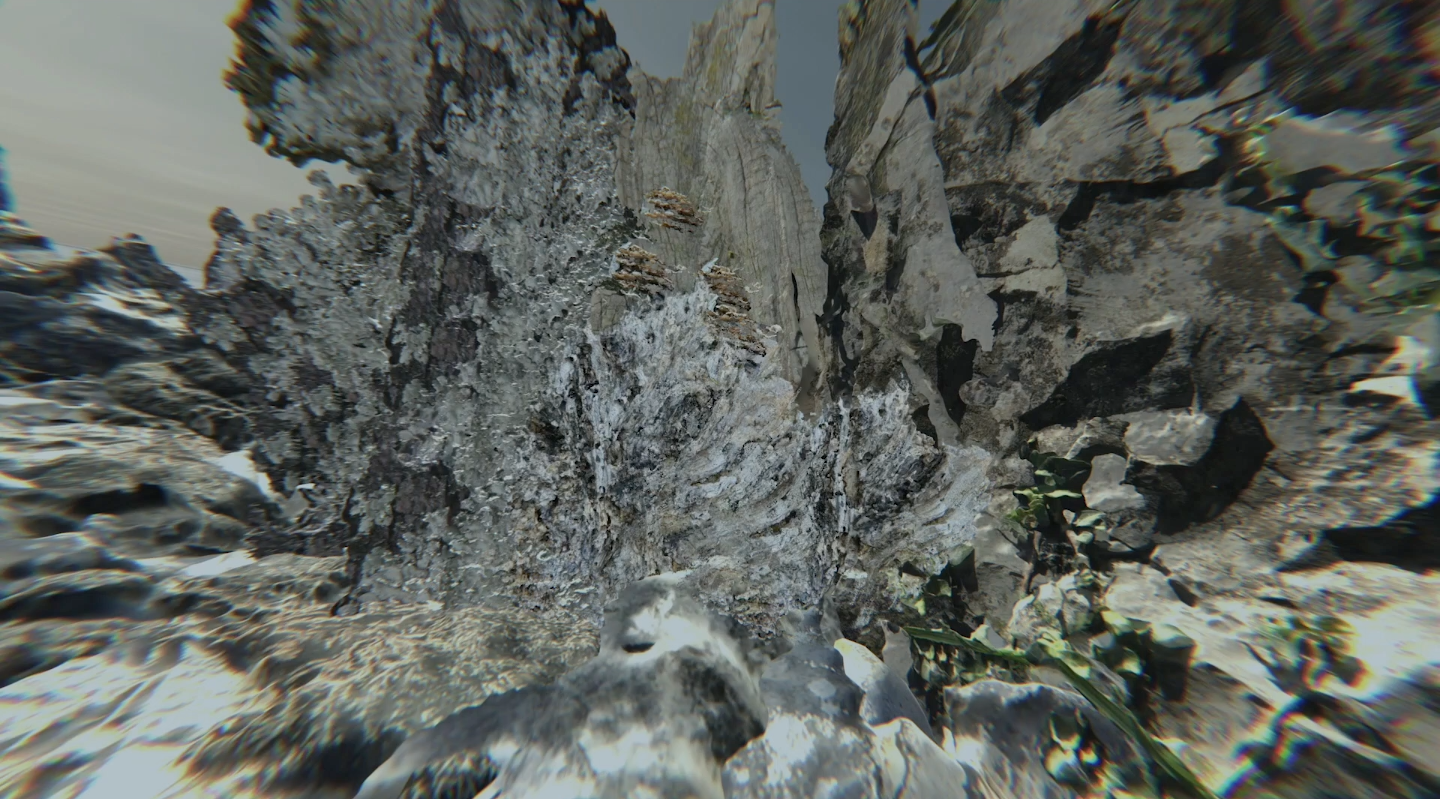 I remember a place I have never seen

What you see is a possible memory of Kras. It is a point of its existence that constantly appears and disappears, overgrown by forest or exposed by wind and water that carves the rocks and erodes the soil.

A land where life was never easy for people, a land where the balance can be easily disturbed, but which people loved very much and where they found the balance between care, cultivation and also acceptance of its autonomy. Kras can be beautiful and generous or brutal and unforgiving. It treats its inhabitants as they treat it. its is sensitive and yet strong. it contains contradictions, like any being.

I invite you to dive with me into the memories of Kras as they have revealed themselves to me.

I tell you this story because I regret the rupture between humans and Kras. A rupture in the relationship that happened so long ago that people have forgotten it. But the landscape does not forget. The landscape cannot forget because all its memories are embedded in it.

The memories of Kras are visible in the shapes of the rocks, in the growth of lichens, in the water springs and the sinking rivers. The memories are present in the growth of the trees and in the sound and power of the wind that leaves its mark on the surface of Kras. They are in the paths that the animals make and walk every day. It is in the caves where the concave and convex  are always dancing, moving and forming. It is in the stalagmites and stalactites of the caves that are always growing with the flow of water. The memories are contained even in the smallest particles.

All these memories are created by everything and everyone who has lived and exists in Kras. And they will continue to be created. But how did Kras come into existence?

I would like to tell you about the creation of the world as it was handed down from the people who first inhabited Kras.

In the beginning, there was nothing but the deity, the divine spirit of nature, the sun and the sea. The sun was burning, so the deity immersed itself in the sea. When it resurfaced, a grain of sand was stuck under one of its nails. After it fell out, the grain remained on the rocks, because in the beginning everything remained where it had fallen. This grain is now our world and the seabed its home. There was only the deity, the rocks, the sea and the sun.

The world was completely barren. It bore no fruit, no flowers, no grains, but there was no need for food either. Deity lived among the people, with spirit and body, and fed them with manna from the sky. But the people were unhappy, for they feared it.

The deity took pity on them. It separated from its body and moved to the sky. its body decomposed and turned into fertile soil. Soil that the people tended and grew their own food. They no longer needed the manna. Only then did they begin to enjoy their lives and be happy.

And people took care of the soil and everything the soil gave them. After all, the soil was the remnant of the first deity and everything that grew from it had a share of the divine. The forest consisted mainly of oaks and lindens. People prayed in the caves for a good harvest. For the caves were sacred, a path to the gods. A way to the other world, which was connected to heaven and earth through the water.

The oaks were cut down, the churches were built. The sacred caves were blown up. The railroads were made. The wars stopped the rituals.The north wind Burja began to erode the soil. The ancient deities were forgotten and people were too afraid to talk about them. Burja became stronger and stronger.

people were hungry. They tried to plant oaks, but the sacred tree does not grow without the soil, the body of divine. Kras was occupied and the people ordered to plant pine trees, which remained.

All these memories are now covered by forest... it is a new forest that grows on the new soil. A new opportunity to connect with the old gods. The deity has returned in a new form to care for us. Humans and non-humans. Stories of landscapes are the stories that people listened to every day. Until they forgot them. But the stories, the memories are still there for us to hear.