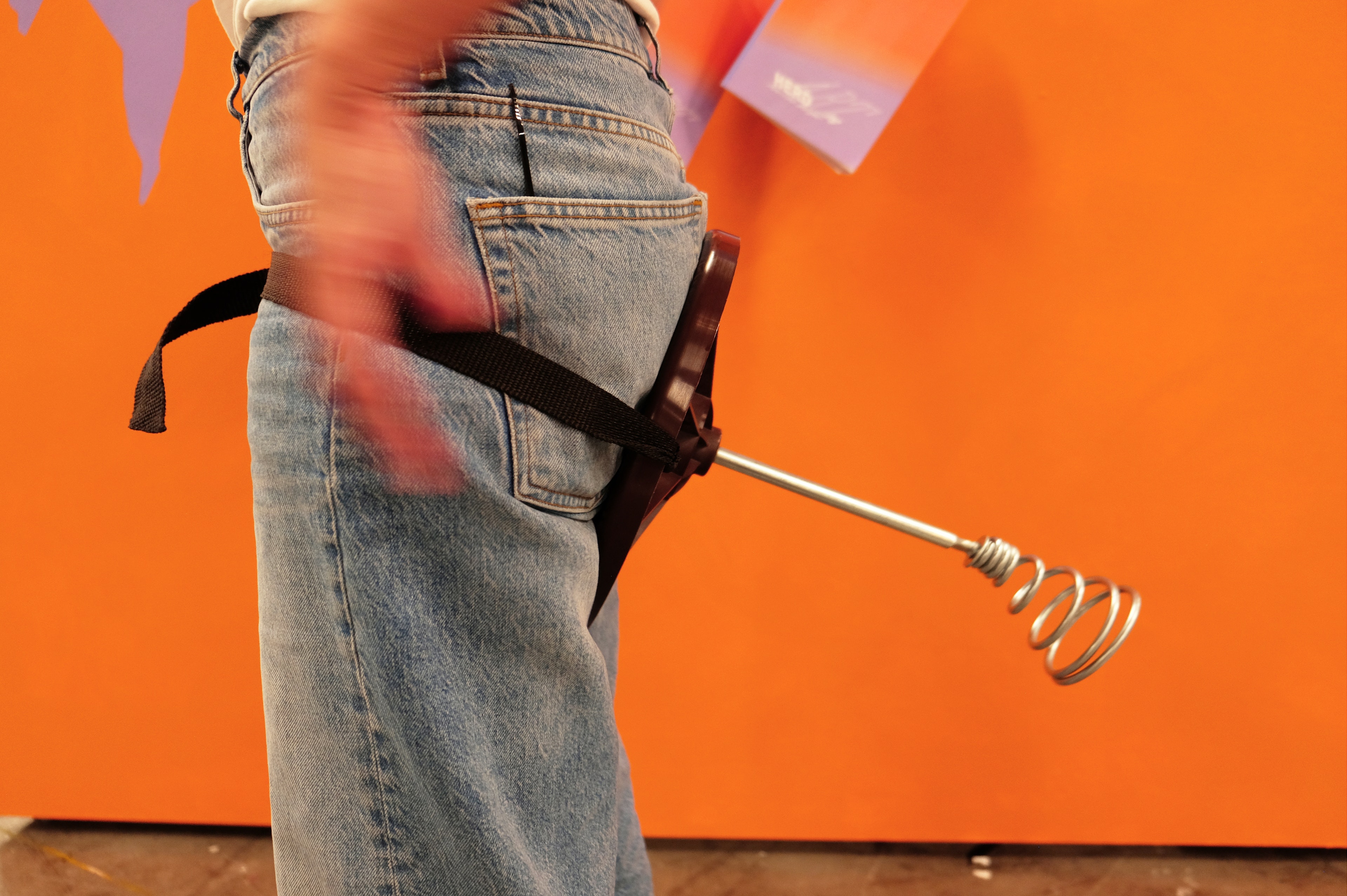 GRH 2022 Session VII: Pauline Berger, Froukje de Boer and Alicia Kremser
I am Pauline Berger, raised in Hamburg as second of three, a visual artist, passionate sculptor, art teacher and am involved in the field farming and herding. After working and volunteering in fields like social work, organic farming, dance school, theatre, and agricultural studies, I graduated from Alanus University, Germany with two Bachelor diplomas: Fine Arts/Sculpture and Installation and Art-Pedagogics-Therapy. As much as art is present in my life, caring is: for and about the human and non-human. With an ever open attitude of curiosity my main motivation is to be constantly questioning and figuring out while actively involving myself in: Sculpture, Installation, Collaboration, Herding, Teaching.

The herder must adapt…

The artist as herder is sensing and straying along (whatever flock the flock is) to interfere out of an embodied multiperspectivity, through the individual viewpoint… quote from thesis.

Herd/Arting is the stopover in an explorative stray of writings. The motive was to find out, how my practice as a herder in the Swiss Alps is related being a visual artist, too. By unraveling the different threads and tissues, that run through, out of, and into those practices, I am re-relating matters crucial to both: The Body, the non-human, the urban/the rural, art-ing as action, specific ways of seeing, communication of a cow. Other thinkers and practitioners are visited and questioned along the way, as much as my own works of art, memories, and thoughts. The aim was, to define a set of principles, that can be interwoven into a navigation net, facing ever-fluid truths and values, environmental distress, and multidisciplinary artist hood. The installation is playfully inviting viewers to interact with and relate to the resulting publication.

The herder is absent…

Since I am at a residency in Norway and can't lure anyone into reading, perhaps, no one was going to look at my book within the exhibition… So I had to think of something to make this interactive. The chair is a milking chair, an industrially manufactured product, right at the border of the questions discussed in the book.

It is used only in pre-industrialised farming, I  have been using it a lot, but already hints to the different setting through being an industrial product itself. It also forces the sitting person to constantly keep and find their balance, while sitting on it .

The poster explains how to safely use the chair, without fully revealing its original purpose. For the books however, I had to make sure they would not run away when unsupervised by me…The leashes are also another signifier of domestification and urbanised relations between human an animal. I like the idea, that the viewer is sort of on my leash, as long as they hold my book. These small sculptural ornaments are signifying where it all comes from, what holds it together:

My sculpting practice and fascination with material and organic shapes. But they also form little baby horns. The horns are a sign of adolescence, they are actually the most important features of communication of a cow. They the body part, that is the most aware, the most proud, sharp, the most awake part of the animal.

And It is also, what humans cut off/burn out of this animal first, to control it.

Step after step, after step, after step, 4 hours, 5, 8, sometimes 10 hours a day until walking becomes an action as unconscious as breathing, digestion, pulse. Still, it does have an immediate impact on thinking and by that on emotions. A lot has been said about the clarifying benefits of long walks, but this is different. In fact, the permanent, enduring forward movement has an effect, that might be described as a digestion process of all present emotions, memories, and thoughts. That applies to the current, the actual layer first. But through the monotone pace of shepherding and walking, the upper layers of consciousness are worked and felt through quite soon.

It rather seems, as if, with time, layer after layer was abraded, kneaded, and metabolized.

Through hours and hours, the pace-powered excavator-bucket is digging itself deeper and deeper and reaches the aged, forgotten, repressed, and seemingly overcome.

In the novel “You should have left“ by Daniel Kehlmann (2016), the protagonist experiences on an old mountain shack, seen as cursed by locals, the following.

With the desperate determination to leave the overwhelming superiority of the high mountains and the hut encapsulated in them, he and his daughter set out foot their way into the valley. For hours they walk down serpentine by serpentine, to finally, at dusk, arrive at their starting point:

They take the last turn and find themselves standing back in front of the shack.

With a similarily, merciless consequence, the pace-powered mill wheel grinder of thought runs on some days in the high mountains. In its majestically unimpressed presence, the surrounding nature only grants occasional distraction.

Although it offers rising fog banks, circling eagle pairs, and rugged rock edges, from the swirling mass of rising thoughts and feelings, it can not save the hiker.

After pausing in amazement of the rushing ibexes, the mill keeps on turning without hesitation.

This inaccessibility of the mountains world may be due to the fact, that nature might evoke feelings such as amazement, fear, trepidation, and awe. But she herself remains indifferent to her own impact. The mountains leave no doubt that the shepherdess, who walks them for months, means no more (nor less) to them than the fox, the ptarmigan, the peregrine falcon, or the wind.

Impressions of herding To give a quick understanding: Herding, in my case means, spending the three months of summer taken care of a flock of up to 350 animals, mostly cattle, in an area above tree level in the Swiss Alps. We would life in a small hut with a team of up to three herders and spend a simple, physically challenging life, walking up to 8 hours a day to make sure, all animals are safe, take care of injuries, births and direct the flocks in case of sudden weather changes. Sometimes milking and cheesemaking is part of the job too. It is a lonely and exhausting, but also very beautiful job, which I have done this for seven summers already, and I started this practice the very year I decided to study fine art. on the right: melkschemel manual, poster, 2022.